You are here: Home / Archives for SDVOSB

A Massachusetts man was sentenced last week in U.S. District Court in Boston in connection with recruiting veterans as figurehead owners of a construction company in order to receive specialized government contracts.

David Gorski, 51, was sentenced to 30 months in prison, one year of supervised release, and ordered to pay a fine of $1 million.  In June 2016, Gorski was found guilty by a jury following a 12-day trial of conspiring to defraud the United States by impairing the lawful governmental function of the Department of Veterans Affairs, the General Services Administration, the Army, and the Navy in the implementation and administration of the Service Disabled Veteran Owned Small Business (SDVOSB) Program.  He was also convicted of four counts of wire fraud.

The purpose of the SDVOSB program is to provide federal contracting assistance to service-disabled veterans who own small businesses by creating set-aside and sole-source acquisitions for such businesses.

In 2006, Gorski established a company, Legion Construction, Inc., after recruiting a disabled Korean War veteran to act as the company’s straw owner for the sole purpose of obtaining federal construction contracts set aside under the SDVOSB Program.  When the veteran’s health deteriorated, Gorski added a second disabled veteran, Peter Ianuzzi, to serve as the figurehead owner of Legion.  Legion acquired more than $113 million in federal contracts between 2006 and November 2010, after Gorski falsely represented to federal contracting officers that the company was owned and operated by service-disabled veterans.

In March 2010, a different SDVOSB registered a bid protest against Legion, alleging that Legion should not have been awarded a contract with the U.S. Department of Veterans Affairs at its medical center in White River Junction, VT.  The company specifically challenged Legion’s SDVOSB status, noting that it appeared that Gorski, not one of the veterans, was the person running Legion.

After retaining the services of a large Boston law firm to assist him, Gorski filed an opposition to the bid protest that contained backdated documents containing false and misleading information.  The Small Business Administration denied the bid protest based on Legion’s submission.

Gorski then began exploring ways to siphon money from Legion that would not appear as compensation exceeding the pay of the nominal veteran owner, Ianuzzi, in violation of federal regulations, including Ianuzzi “gifting” him $900,000 and establishing private bank accounts into which the company would deposit $2.5 million for Gorski’s benefit.  Before the bank accounts could be opened, however, a federal grand jury issued subpoenas to Legion and several witnesses. 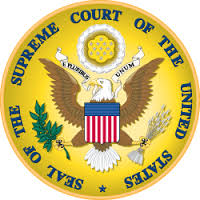 In an August 20, 2015 ruling, the U.S. Government Accountability Office (GAO) found that the Department of Veterans Affairs (VA) conducted insufficient market research in connection with an acquisition and therefore had no grounds for denying set-aside status to the contract.

Fire Risk Management, Inc. (FRM), of Bath, Maine, protested the bid based on the VA’s failure to set aside for service-disabled veteran-owned small business (SDVOSB) concerns.  FRM asserted that the VA’s decision not to set aside the acquisition for SDVOSBs was based on unreasonable market research.

In defending its decision, the VA stated its belief that it would not receive proposals from at least two responsible SDVOSB concerns that could meet the requirements in the RFP at a fair market price.  But the GAO disagreed, concluding that the VA’s determination that there was not a reasonable expectation that offers would be received from at least two SDVOSB firms that are capable of performing the required work was not supported by the record.

The GAO found that the VA’s contract record did not support the agency’s determination to limit its market research to firms only within the VISN 20 region.  The GAO took note of the fact that the VA’s contract specialist, in a database search specifically directed by the contracting officer, found more than 127 profiles of SDVOSB concerns nationwide “matching the criteria.”  The GAO concluded that had the agency expanded its market research beyond the VISN 20 region it would have discovered numerous SDVOSB A/E concerns doing fire protection work.

In its decision, the GAO recommend that the VA’s contracting officer conduct a proper market survey in accordance with the agency’s requirements for this procurement to ascertain whether there is a reasonable expectation that at least two or more responsible SDVOSB concerns will submit proposals at fair market prices.   The GAO also recommend that the VA reimburse the FRM for the reasonable costs of filing and pursuing the protest, including reasonable attorneys’ fees.  The protester’s certified claim for costs, detailing the time spent and the costs incurred, must be submitted to the VA within 60 days after receipt of the GAO’s decision.

A senior Veterans Affairs Department official denied allegations last Tuesday that the agency committed fraud by making billions of dollars in purchases outside the federal rules or by making it appear to Congress like it was meeting its veteran-owned small business contracting mission. 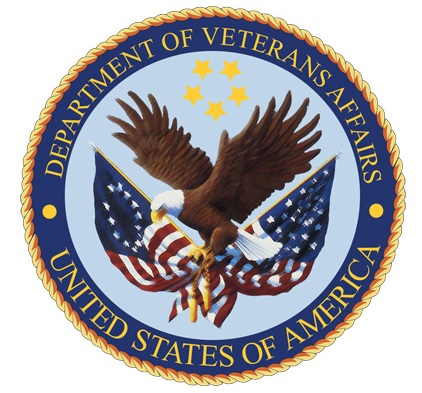 Thomas J. Leney, executive director of the VA’s Office of Small and Disadvantaged Business Utilization, conceded that the agency spent more than $3 billion in purchases outside the normal contracting process, but insisted that in most cases the buys were made to meet the needs of veteran patients.

He was responding to questioning from Rep. Mike Coffman, R-Colorado, who described the agency’s purchases, failure to follow acquisition law and fudging the numbers on small business contracts as fraud.

Keep reading this article at: http://www.military.com/daily-news/2015/06/24/va-says-questionable-spending-was-improper-accounting-not-fraud.html