You are here: Home / Archives for Sikorsky

The Aerospace Industries Association last week pushed back against comments made by the Pentagon’s chief weapons buyer, who in unusually strong language raised concerns about consolidation in the defense industry.

Frank Kendall, the Undersecretary of Defense for Acquisition, Technology and Logistics, said this week that continued consolidation of major defense firms could limit competition, stifle innovation and eventually result “in higher prices to be paid by the American taxpayer in order to support our warfighters.”

And Kendall said he feared a future where the Pentagon “has at most two or three very large suppliers for all the major weapons systems that we acquire.”

But in its statement, David F. Melcher, the chief executive officer of the AIA, said that as defense spending tightens and there is continued budget uncertainty, “it’s no surprise that industry is looking to become leaner and more efficient.”

Keep reading this article at: http://www.washingtonpost.com/business/economy/defense-industry-pushes-back-against-pentagons-consolidation-concerns/2015/10/01/66feb6d2-6880-11e5-9ef3-fde182507eac_story.html

As the world’s largest defense company gets even larger, Pentagon leaders worry that competition is evaporating. 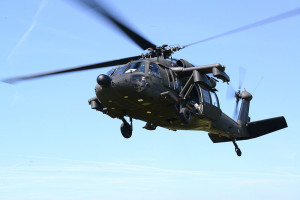 The Pentagon’s top arms buyer worries that Lockheed Martin’s upcoming $9 billion acquisition of Blackhawk helicopter maker Sikorsky is part of a bad trend in which large defense firms get bigger and competition wanes.

The Defense Department will not block the purchase, but “we believe that these types of acquisitions still give rise to significant policy concerns,” Frank Kendall, undersecretary for acquisition, told reporters on September 30. “The Department of Defense is concerned about the continuing march toward greater consolidation in the defense industry at the prime contractor level.”

Keep reading this article at: http://www.defenseone.com/management/2015/09/sikorsky-lockheed-deal-stokes-fears-about-industry-consolidation/122445