You are here: Home / Archives for T-X 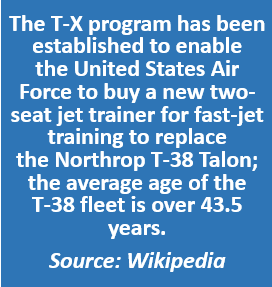 Northrop Grumman said it would not bid to build a pilot-training jet for the U.S. Air Force, despite spending more than four years quietly building a plane for the job. That leaves three potential bidders for the 350-aircraft, multibillion-dollar T-X program.

In a short statement, officials with Northrop and its partner BAE Systems said they made the decision after reviewing the Air Force’s parameters for the competition, issued in late December.

“The companies have decided not to submit a proposal for the T-X Trainer program, as it would not be in the best interest of the companies and their shareholders,” Northrop said in a statement.

That announcement was foreshadowed last week when Wes Bush — Northrop chairman, CEO and president — declined to commit to bidding to replace the Air Force’s decades-old T-38 Talon jets, also made by Northrop.

“We are presently assessing the terms presented by [the bidding parameters] to determine whether we see an appropriate business opportunity for us to submit a bid,” Bush said during a quarterly earnings call.

Keep reading this article at: http://www.defenseone.com/business/2017/02/northrop-scratch-built-jet-bid-air-force-contract-now-its-dropping-out/135060 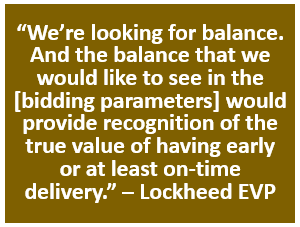