You are here: Home / Archives for TACOM 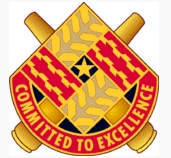 The Army’s $7.6 billion project to develop an advanced, high-tech replacement for the Bradley Fighting Vehicle hit a speed bump Friday when SAIC filed a protest with the Government Accountability Office against the service’s Aug. 18 award of technology development contracts for the new ground combat vehicle to BAE Systems and General Dynamics. The contracts have a combined value of $878 million.

When the Army TACOM Life-Cycle Management Command (formerly the Tank-Automotive and Armaments Command) released the procurement for the ground combat vehicle in November 2010 it said, “The Army anticipates awarding up to three contracts for the technology development phase.” But, in a surprise move, the service tapped only BAE and General Dynamics.

SAIC partnered with Boeing Co. and two German companies, Krauss-Maffei Wegmann and Rheinmetall Defence, which developed the Puma infantry fighting vehicle for the German army. The Puma went into production in 2009 and serves as the basic design for the group’s ground combat vehicle.

Vernon Guidry, an SAIC spokesman, said the company filed its protest because, “we believe the government relied on evaluation criteria outside its published request for proposal. We also believe several aspects of the bid may have been discounted because of a lack of familiarity with [the design’s] non-American origins.”

Lt. Col. David Gercken, an Army spokesman, said the service issued a stop-work order to BAE and General Dynamics until the protest is resolved. Ralph White, managing associate general counsel for procurement law at GAO, said a decision on the protest is due by Dec. 5.

The Army needs a new armored troop carrier able to withstand improvised bombs like those that have caused more than 60 percent of the troop casualties in Iraq and Afghanistan. It also wants a vehicle capable of carrying a nine-man infantry squad. Those requirements have pushed its weight into the 60-ton range, said Mark Signorelli, vice president and general manager for weapons systems at BAE.

Despite this hefty tonnage — just eight tons less than the Abrams tank — Signorelli said BAE plans to take the Toyota Prius approach to developing its version of the ground combat vehicle. He said BAE’s vehicle will use hybrid-electric drive technology and include a battery pack that will supplement power from a diesel engine.

The design of the BAE ground combat vehicle, Signorelli said, is a proven, similar to diesel electric locomotives, with the engine serving as a generator, applying power directly to traction motors that power the tracks.

Robert Sorge, senior director for the ground combat vehicle at General Dynamics, said his company considered a hybrid vehicle, but given the weight, a hybrid design “did not make a lot of sense . . . It’s not practical and is more expensive.”

General Dynamics said it will stick with proven diesel engine technology and drive trains, he said.

The Army also wants developers to provide a vehicle with built-in command-and-control systems as well as optical and radar sensors that can provide a 360-degree field of view to the crew, both BAE and General Dynamics executives said.

Communications system for the ground combat vehicle will be built around a network integration kit supplied by the Army, Sorge said. This kit includes Boeing’s Joint Tactical Radio System Ground Mobile Radio, the Army’s Force XXI Battle Command Brigade and Below system that tracks and displays friendly and hostile forces on the battlefield, and a computer system that ties displays and keyboards into the network.

The Army has a tight, seven-year schedule to develop, test and then field 1,800 ground combat vehicles. An Army source said he doubted the SAIC protest would put much of a crimp in the schedule.

The service has fielded more than 6,700 Bradley Fighting Vehicles since it was first introduced in 1981.