You are here: Home / Archives for technically acceptable 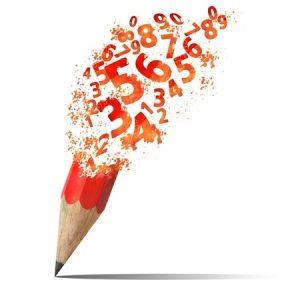 Just last month, the Department of Defense issued a final rule amending the Defense Federal Acquisition Regulation Supplement to implement those provisions.  Now, in Inserso Corp., B-417791, B-417791.3, Nov. 4, 2019, GAO has weighed in on what counts as LPTA for purposes of those restrictions.  This decision may indicate a potentially significant limitation on the reach of the NDAA provisions, new DFARS rule, and proposed FAR rule.

In Inserso, the protester argued that the 2017 NDAA restricted not only DoD’s use of an LPTA source selection process, but also the use of (what the protestor labeled) LPTA criteria within the evaluation process.  Specifically, the protester challenged the fact that, under the RFQ, the agency would (1) “first rank quotations according to price, from lowest to highest”; (2) then “evaluate the five lowest-priced quotations as either technically acceptable or unacceptable” (while “reserving the right to evaluate additional quotations”); (3) then “evaluate only technically acceptable quotations under the past performance factor”; and (4) award the task order to the offeror “considered to be the Best Value based upon a price/past performance trade-off” (alteration omitted).  According to the protester, the 2017 NDAA required the agency to conduct a tradeoff between price and technical factors — rather than relegating the technical factor to a pass/fail gating criterion.

Keep reading this article at: https://www.insidegovernmentcontracts.com/2019/11/what-is-lowest-priced-technically-acceptable-gao-clarifies-reach-of-new-lpta-restrictions/

The Defense Department is implementing a major change to the way it awards contracts to companies.

An April 1, 2016 memo from Claire Grady,  DoD’s director of defense procurement and acquisition policy lessens the onus on source selection officials to justify paying more for their requirements than just lowest cost technically acceptable (LPTA). It also adds some transparency to how the department prices its requirements.

DoD now will try to make clearer the worth of delivering a capability above “technically acceptable” or the minimum requirement when awarding contracts.

Keep reading this article at: http://federalnewsradio.com/defense/2016/04/dod-tweaks-lpta-methods-save-money-help-industry/