You are here: Home / Archives for terrorism

A Department of Defense (DoD) branch that “identifies and develops capabilities to combat terrorism and irregular adversaries” is looking for big ideas. 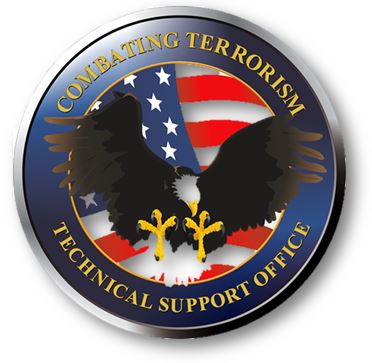 According to a solicitation issued earlier this year, DoD’s Combating Terrorism Technical Support Office (CTTSO) wants scientists and researchers to deliver, among other things, adhesive skin patches that double as alarms; color night vision; armed underwater drones; long-range facial recognition; and a device that can locate and identify human targets through solid walls.

CTTSO’s request represents a “wish list” of sorts, says Paul Rosenzweig, a former deputy assistant secretary for policy at the Department of Homeland Security who has written extensively about counterterrorism.

Now a senior fellow at the R Street Institute, a conservative-leaning Washington, DC think tank, Rosenzweig thinks some of what CTTSO hopes to achieve is likely doable, and reasonably quickly. Certain concepts, however, will probably remain just slightly out of reach, at least in the near-term, Rosenzweig tells Quartz.

Keep reading this article at: https://qz.com/1565598/6-things-on-the-pentagons-counterterrorism-technology-wishlist/

U.S. contractors on the front lines of the mission know better than “the happy talk coming out” of Afghanistan, said John Sopko, the special inspector general for Afghanistan reconstruction.

On Tuesday (Feb. 18, 2014), Sopko tasked a major contractors group with supplying lessons learned and best practices to help the U.S. effort to rebuild and stabilize the country against terrorism. A similar request to the Pentagon, State Department and U.S. Agency for International Development produced a “shocking result,” he said. “I asked for their top 10 successful programs and their 10 least successful, and none offered anything but general improvements—with no specifics or direct causal links,” he said. “In an era of declining funding, we have to know what works and what doesn’t.”

Speaking at a lunch put on the Professional Services Council, an Arlington-Va.-based association of major contractors, Sopko praised the role of contractors in U.S. government work from supplying Revolutionary War troops to helping invent the atomic bomb.

In Afghanistan, they are expected to play a continuing role after most U.S. troops officially depart at the end of 2014, and “many have made the ultimate sacrifice,” Sopko said, citing three contractors who died earlier this month from a suicide bombing in Kabul. After the September 2013 truck bomb attack on the U.S. consulate in Herat, Sopko’s representative there told him that contractors were the first to engage in a one-hour gun fight that prevented further enemy penetration of the complex — a fact not reported at the time, he said.

The U.S. total investment in Afghanistan of more than $100 billion since 2002 is the “most costly effort to rebuild a nation in U.S. history — more than what we give to Israel, Egypt and Pakistan combined,” Sopko said. The U.S. will leave when the funds fall to $250 million, but with $20 billion still in the pipeline, U.S. agencies will be there for some time, he said. Only 20 percent of the country, however, is currently accessible to SIGAR’s 50 auditors there on the ground due to continuing combat, he said, a drop from 50 percent in 2009.

Keep reading this article at: http://www.govexec.com/contracting/2014/02/watchdog-taps-contractors-lessons-rebuilding-afghanistan/78989/