You are here: Home / Archives for Veterans Affairs

Welcome to the second golden age of federal acquisition reform. 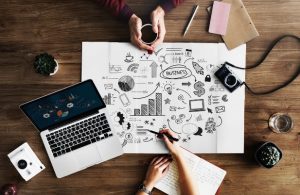 The frustration and the technology are aligning for the Trump administration, the Congress and industry to come together to make the first set of significant, almost seismic changes since the 1990s.

“We are in that rare moment when we have the combination of factors, the customer demand for speed and agility, the congressional receptiveness for acquisition reform legislation, the strong push from OFPP on the importance of  innovation such as their creation of acquisition innovation councils, category management memos and the myth busters four memo and strong actions from a number of agencies really propelling acquisition innovation,” said Jeff Koses, the senior procurement executive at the General Services Administration, at the Coalition for Government Procurement’s spring conference in Falls Church, Virginia. “Across GSA we have a number of things that I regard as innovation plays in contracting and policy domain, in the communication domain and in the technology domain.”

To that end, the Office of Federal Procurement Policy sent six legislative proposals to Congress at the end of April to clean up a few things, but more importantly to ask for permission to test and spread innovative acquisition concepts across government.

In a study released on December 11, 2013, the Government Accountability Office (GAO) found that the potential benefits of reverse auctions–competition and savings–have not been maximized by federal agencies.

The Departments of the Army, Homeland Security, the Interior, and Veterans Affairs used reverse auctions to acquire predominantly commercial items and services–primarily for information technology products and medical equipment and supplies–although the mix of products and services varied among agencies. Most–but not all–of the auctions resulted in contracts with relatively small dollar value awards–typically $150,000 or less–and a high rate of awards to small businesses. The four agencies steadily increased their use of reverse auctions from fiscal years 2008 through 2012, with about $828 million in contract awards in 2012 alone. GAO was not able to analyze data from a fifth agency, the Defense Logistics Agency (DLA), because it collected only summary level information during fiscal year 2012. DLA guidance states that the reverse auction pricing tool should be used for all competitive purchases over $150,000.

Four agencies used the same commercial service provider to conduct their reverse auctions and paid a variable fee for this service, which was no more than 3 percent of the winning bid amount. DLA conducts its own auctions through a purchased license. Regardless of the method used, according to agency officials, contracting officers are still responsible for following established contracting procedures when using reverse auctions.

More details on this GAO study may be found at: http://www.gao.gov/products/GAO-14-108